It is believed that Lithuania got its name from the river Lietava(Lietauka), a tributary of the Neris. It flows about 25km from the little town of Kernavė, and important political centre in ancient Lithuania in the eastern part of the country.
Lithuania was first mentioned in the Annales Quedlinburgenses, a Latin chronicle, in 1009.

The Lithuanian mounted knight, called Vytis, is one of the oldest state emblems in Europe. It dates back to 1336, the time of Grand Duke Algirdas, and became an emblem of the Grand Duchy of Lithuania at the begining of the 15th century.
In 1918 Vytis became the foremost symbol of statehood of Lithuania.

The state flag was created 1918. The colours of the flag symbolise: yellow- the sun, light and prosperity; green- the Lithuanian landscape, hope and joy; red- the colour of earth, life and blood. It symbolises the nation's courage and tenacity in the struggle for freedom.

The words and music of the Lithuanian national anthem, also known as Tautinė giesmė, were writen by Vincas Kudirka. It was published for the first time in 1898, and first publicly performed in Vilnius 1905.
1918 Tautinė Giesmė officialy became the national anthem of the Republic of Lithuania. During the years of Soviet ocupation it was forbidden to play it.

The Seimas (Parliament) is the highest body of state power. It consists of 141 MP selected for four - year term.
The President of Republic is elected by direct suffrage for a term of five years. President Valdas Adamkus took oath on 26 February 1998.
The Goverment is composed of the Prime Minister and 14 ministers.
The Prime Minister is appointed or dismissed by the President with the approval of the Seimas.

The total lenght of the inland borders is 1,609 km, with the coastline adding another 99 km. There are no islands in the Baltic Sea belonging to Lithuania.
In the north it borders Latvia (546 km border), in the east and south Belarus (650 km), in the south - west Poland (110 km) and Kaliningrad region of the Russian Federation (303km).
From east to west the country is 373 km, and from south to north 976 km.

Lithuanian is an archaic language. It has retained its ancient sound system and morphological characteristics. Of all the living Indo - European languages, Lithuanian is the most similar to Sanskrit. The 32 - letter Lithuanian alphabet is Latin based. 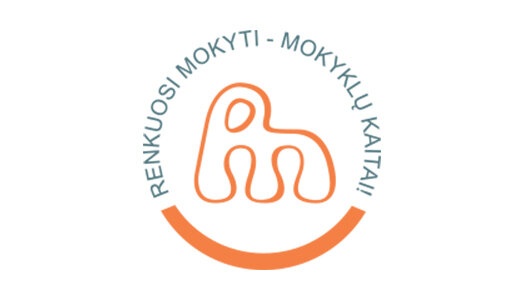